Conrad Industries released their annual report yesterday, and it’s good news all around. The company reported record gross profit, record net income and record free cash flow together with increasing profit margins. The only thing that’s slightly down is revenue. See the table below for an overview of the historical financial results of Conrad Industries, and how this compares to the 2012 results: 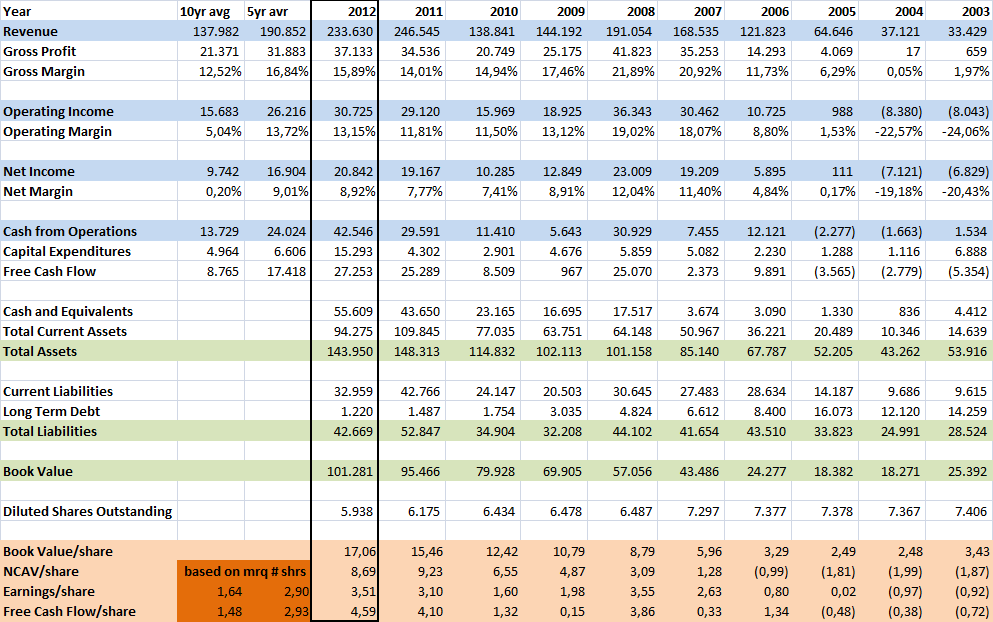 What’s also good to see is that the number of shares outstanding continues to drop, and that the amount of cash is at a record high even though the company returned $12 million to shareholders at the end of 2012 through the $2/share special dividend.

The highlights from the annual report: