A fellow poker player recently started investing using a, mostly mechanical, process mainly based on the Quantitative Value book. The screen selects companies with a high earnings yield, and from that group the companies that score poor on quality metrics such as the F-score are eliminated. I think it’s a pretty solid strategy that most likely will outperform the market. One of the companies that appeared at the top of the list this month is Kantone Holdings, so what do they do and how cheap is it exactly?

Kantone Holdings is part of Champion Technology Holdings that owns 55% of the company while the other 45% is traded on the Hong Kong stock exchange. Champion Technology itself is also traded on the Hong Kong stock exchange and has a 874M HKD market cap while Kantone Holdings is slightly smaller with a 818M HKD market cap. The company describes itself as a leading provider of IT driven communication systems with a presence in over 50 markets. They provide solutions for example for emergency services communications, they have a home land security division that makes things like radiation monitors and they develop online betting websites. Before diving deeper in the company lets start with a quick overview of some key metrics:

Based on earnings yield this doesn’t directly look very cheap, it got probably included in the screener because it ignores exceptional items such as impairment losses (more about this later). On an asset basis the company does look remarkable cheap, and it’s in fact also trading at 25% below net current asset value. Especially this got me interested because it seems at first sight that we have not only earnings power but also a classic net-net. The historical financials from a high level perspective look like this: 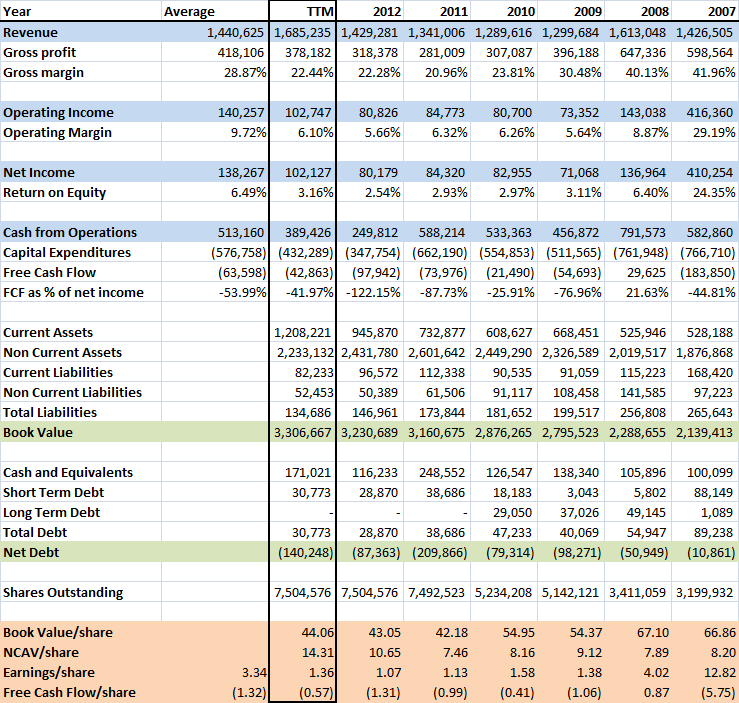 When we look at the first few rows everything looks solid. We see nice gross margins and a long history of profitability. But there are also a few very worrying things going on: despite the good gross margins the return on equity has been very low and the amount of free cash flow that the business generates is extremely poor.

The disconnect between the high gross margins and low returns on equity have two reasons. The company has an history of taking impairment losses on items such as (prepaid) development costs. The latest annual report includes a nice graph on the first page of total bullshit earnings: EBITDA adjusted for impairments and other non-cash items. Since the normal EBITDA is also included in the figure it nicely shows how big and structural the impairment losses are. 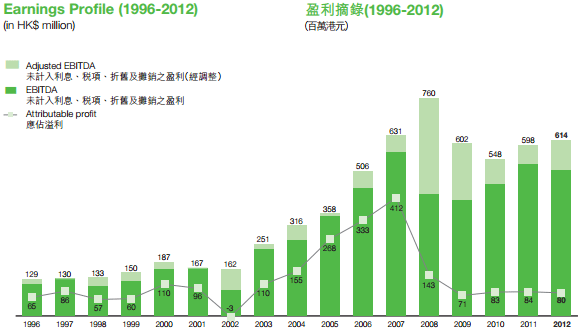 The screener is ignoring the one-time impairment charges, but they appear to be anything but one-time. The reported earnings are in this case a way better estimate of normalized earnings power, but I doubt that even the lower earnings figure is accurate or useful.

What’s also curious is the quickly increasing share count. This is the result of a few rights offerings, an acquisition that was paid in shares and the company also gives shareholders the choice to get a dividend in cash or in shares. I don’t mind a rights offering to raise capital because existing shareholders can participate without being diluted, but why pay a regular dividend if they need to attract capital on a regular basis? As a results of the rights offerings book value per share has been going down significantly.

A small positive to the story is that the chairman of the company owns 15.11% of the outstanding share capital through his 27.47% stake in Champion Technology and that’s roughly the same as his 28.49% stake 10 years ago. So that means that Champion Technology did participate in the various rights offerings.

I don’t think that Kantone Holdings is a ticking time bomb, but I do think the accounting is very aggressive and most of the book value and earnings are simply air. This got the screener fooled despite the incorporated quality checks.

Even though this result isn’t encouraging for using a mechanical approach I don’t think using a screener to pick stocks is a bad idea. You sometimes pick a bad apple, but if we can believe the back tests you pick enough bargains to make up for that. The screener also returns Conduril at the top of the list, and I think you all know by now what I think about that pick :). I think I can do better than the screener, but it’s going to take years before I can be confident in that assessment, and one thing is certain: it’s a lot easier and it takes lot less time to run a screen. And who knows, I could absolutely be wrong about Kantone Holdings…

No position in Kantone Holdings and no intention to initiate one