After publishing my write-up on Consciencefood it seems that concerns about fraud are the biggest issue. While I didn’t see a coherent fraud story when I invested in the company I have been thinking what makes sense and what doesn’t. Possible red flags that I see are:

There aren’t a lot of other possible things to worry about as far as I can see. There is no acquisition activity, there is no goodwill on the balance sheet, their are no questionable loans on the balance sheet to suppliers or receivables from subsidiaries. Most of it seems pretty basic and straightforward.

I think this is a really good question to ask because as a shady manager the prime time to commit accounting fraud is the period before an IPO. You want numbers to look good, and you want to get as much cash as possible from outside investors. And if you can spot fraud back then you know that you can’t trust the company today.

One thing that had already attracted my attention is how receivables as a percentage of revenue and assets exploded in the pre-IPO period.

What is good to see is that the days of sales outstanding has remained reasonable stable after 2007. The trade receivables don’t balloon past the maximum credit period of 90 days that the company is giving their customers so based on this it does appear that nothing is wrong with the reported revenue, and the company gives the following explanation for the increase versus 2007 in the IPO prospectus:

The increase in the average trade receivables’ turnover days was mainly due to us granting longer credit terms due to the competitive nature of the instant noodles industry. In addition, we have decreased sales to our distributors and increased our sales to direct customers which tend to request for a longer credit period compared to sales through distributors. However, the average trade receivables’ turnover days during the periods under review were within our maximum credit period of 90 days.

This sounds logical, but it doesn’t match what we see in their credit risk profile. Receivables allocated to the in-house sales team dropped from 87% in 2007 to 72% in 2009. So I don’t see how the explanation above can explain anything:

Somehow we don’t find this distributor or business partner on their list of major customers:

I have no idea who those customers are. I can’t find anything tangible on Google, and also tried looking at some Indonesian registries of businesses, but I either get zero results or tons of results because the name is very generic: odds are that there is a “Toko Indah” in your city even if you are living at the other side of the world.

What’s behind the low overhead?

There are more ways to make accounts look good, and the good numbers in the earlier years are a bit suspicious. Indofood is the biggest player in the market with a 72% share of the noodle market. The company has similar gross margins as Consciencefood (around 26%), but as a percentage of revenue their spending on marketing, distribution and administrative expenses is a lot higher. Consciencefood spent just an average of 5.5% of revenue between 2007 and 2009, while the average for 2010 to 2012 is 7.2% and climbing (TTM is at 9.5%). Part of the thesis was of course that this is just temporary because the company is trying to grow, but you have to wonder why a significantly bigger company spends on average between 13 and 14 percent of revenue on SG&A. I would have expected that a bigger company could enjoy some economics of scale if there would be any difference.

A possible explanation is that SG&A costs were hidden through related party transactions, but that these costs are now coming back. How this could have worked is that Consciencefood sold their noodles through distributors (an undisclosed related party) that asked artificial low prices for transport and marketing. Now that the company is public these related parties get back their money by being able to ask higher prices.

It sounds like a plausible scenario, but the big question is of course why Consciencefood is, even at these elevated levels, still spending just 9.5% of revenue on SG&A while Indofood has been spending significantly more every year. Maybe this hypothesis explains part of the increasing SG&A expenses, but it can never be a full explanation. The costs simply aren’t high enough after the IPO.

Indofood does a lot more things than making noodles. Their consumer branded products division generates 43% of sales and is good for 42% of EBIT. So it seems unlikely to me that the high transportation costs are the results of lower margin business divisions, and when we look at the segment results we see that the consumer branded products division does have SG&A expenses in line with the >13% average.

What’s also not helping the Consciencefood case is that North-Sumatra doesn’t have a very high population density compared to Java. This shouldn’t be positive for transportation costs, and the same is true for the fact that Consciencefood is pricing their noodles at a slightly lower price point than Indofood. If you move cargo that’s worth less you generate less revenue while you still need the same amount of fuel to move it from A to B. 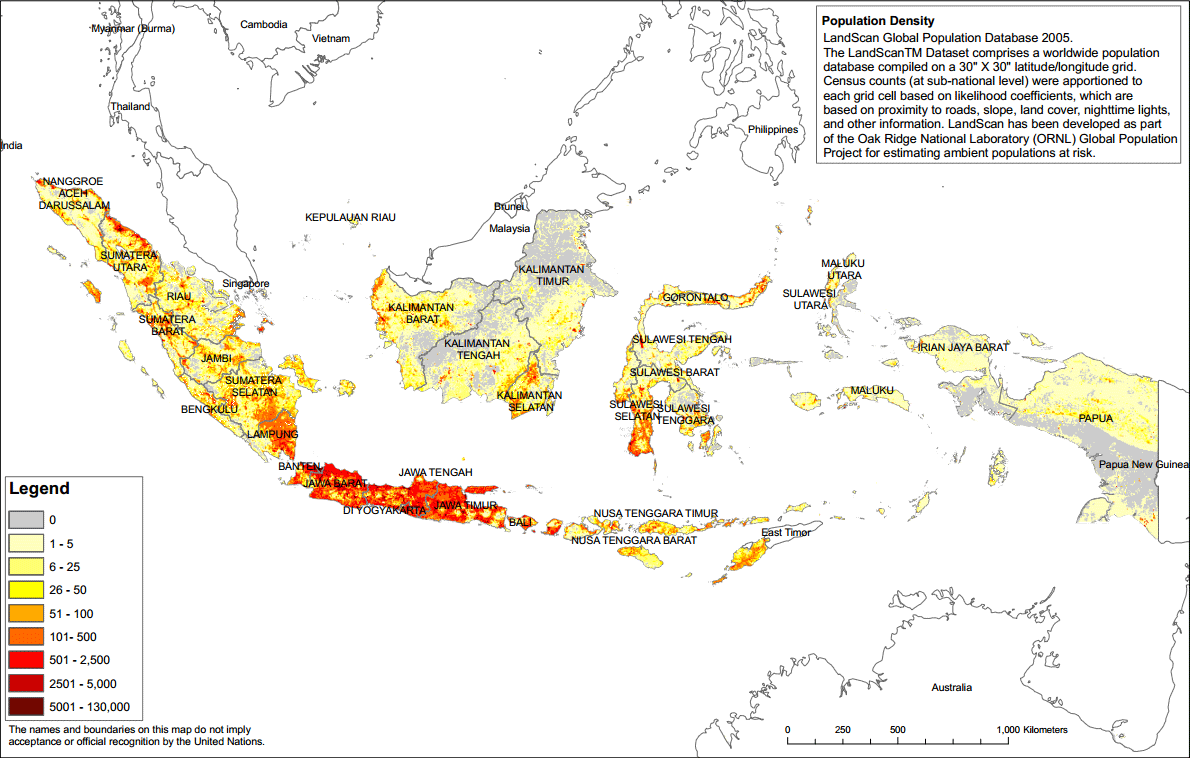 Can this be explained?

So what could explain the low transportation costs? With a lower population density it’s unlikely that they have to drive significantly smaller distances. Trucks and fuel are priced the same for both parties, and while I haven’t found a good data source it’s nearly impossible that different wage levels are the explanation. The minimum wage in North Sumatra is actually higher than in the Java provinces and so is GRP per capita.

I don’t know what’s left as an explanation. I can see how you can for example spend less money on advertising if you have a better or cheaper product. You might have lower corporate overhead because you are running a leaner organisation, but having a competitive advantage in moving your products from A to B using trucks seems nearly impossible. In fact the company writes the following in the IPO prospectus:

We deploy our own trucks to deliver goods from our factory to our customers that have been secured by our own marketing team. For sales made through our distributors, either Olagafood or our distributors will arrange for the delivery of goods by third party operators. We do not enter into long term transport contracts with third party transport operators as there are many such operators.

High capex after the IPO

The higher level of capital expenditures after the IPO could be a way to move cash from investors to insiders, but at the same time there is also a very valid and logical explanation available since the IPO was done to raise cash for expansion. But I still wonder what’s exactly going on. The company did almost 500 billion rupiah in revenue in 2009 with just 23 billion in PP&E while they did 800 billion in revenue the TTM with 280 billion in PP&E. Part of the explanation is that they have a large amount of unused assets related to their entry in the beverages market and that the Jakarta factory wasn’t running at full capacity, but still… why is there so much more PP&E required? Are they planning a huge expansion, or was the size of the business in the past maybe overstated? That would match with the low SG&A costs.

What’s by the way interesting about their PP&E is the low amount of depreciation of motor vehicles in the years before the IPO. In 2009 depreciation for motor vehicles was just 264 million rupiah or ~20,000 USD. That’s extremely low for a company that at the time was supposedly producing 660 million packs of noodles and doing most of the related transport. You can read that they do their own transport when the noodles are sold through their own sales team in the quote a few paragraphs up, and in 2009 that was >70% of revenue.

A positive is the factory fire in Jakarta. That might sound weird, but it’s a good check that their new equipment is in fact real. If write down 27 billion rupiah of equipment and inventory the insurance isn’t going to pay you 31 billion afterwards if it wasn’t real. And as a scheme to transfer cash from the balance sheet this obviously doesn’t work either.

I think this is the item that got most people worried, but I don’t think it’s is a huge problem even though I have to admit that I can’t really provide an explanation of why the debt is used. The reason of why I don’t think there is a (big) problem here is because I do trust that auditors can do their job, and verifying that the cash is in the bank is one of the easiest things to do. A lot of investors got burned in China where they learned that cash doesn’t have to be real, but in those cases branches of the banks were in on the fraud. I’m not saying that this is impossible, but at the same time I don’t think it’s very probable.

I actually think that the large amount of cash on the balance sheet is a positive sign, because if we trust that it is real insiders are doing a poor job of transferring the money from the company to related parties. But the fact remains that there isn’t a really good explanation of why the company is borrowing money…

I still think that so far there isn’t a coherent story that explains how investors are being defrauded, but at the same time there are a bunch of questions that I can’t answer. I don’t think you have to know everything about a company when you invest – if that would even be possible – but when the answers to your questions are both potentially material to the investment, and potentially knowable for local investors I’m not comfortable with the unknown. Because of this I decided to sell my position in Consciencefood (my broker must be happy…). It was a though decision because I also see the potential for a lot of value here, but in the end I think it’s more important that I buy businesses that I can fully understand, and for now Consciencefood isn’t one of them.

Sold the majority of my position in Consciencefood, and will sell the remainder soon.

10 thoughts on “Diving deeper in the Consciencefood numbers”