Conduril reported their results for 2013 last week, and while the investment thesis doesn’t hinge on exceptional operational results it’s good to see that the business is doing well. Earnings per share are up 56% and the dividend has been increased to €3/share giving the company a 4.8% yield. The only slightly negative news is that revenues are down 9.5%, but I don’t think that signals a trend because the backlog has increased 23% from €610 million at the end of 2012 to €750 million at the end of 2013. The fact that the company invested a significant amount of money in fixed assets last year also hints at (a) sunny year(s) ahead. In 2013 Conduril spent €22 million on capex while it spent just €4 million in 2012. I’m not exactly sure how they arrive at these numbers since they doesn’t show up in the financials: 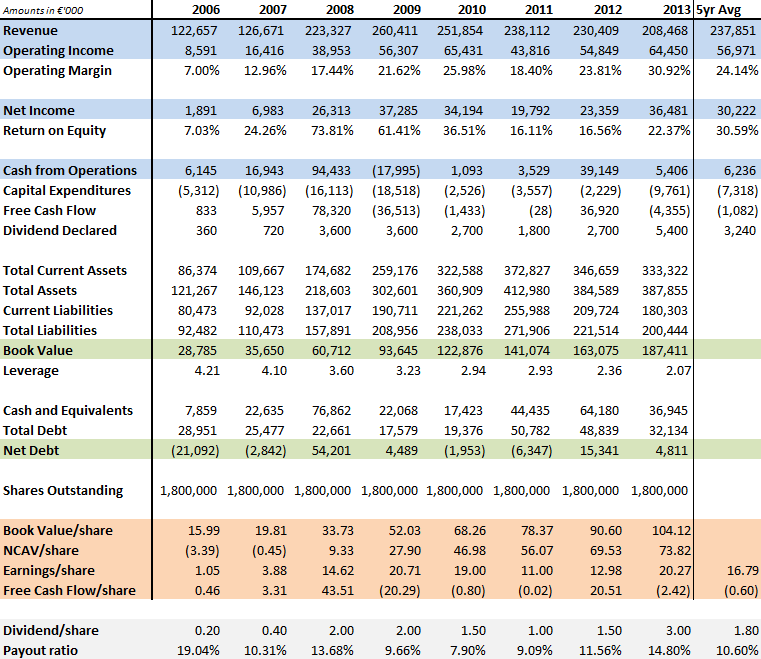 Despite the run-up in share price Conduril remains very cheap. It’s still trading at a PE ratio of just 3.1x, a 0.6x PB ratio and an EV/EBITDA ratio of just 1.5x. Pretty remarkable for a company that has almost tripled in value since I first bought it.