After my short post on Jewett-Cameron Trading I received some comments that by basing my valuation on net operating profit I was missing what was going on within the various segments, and this was certainly true to some extent. The graph below shows how Jewett-Cameron’s revenue mix has evolved the past ten years, and as visible it is fair to say that the company is now in a completely different business than a decade ago: 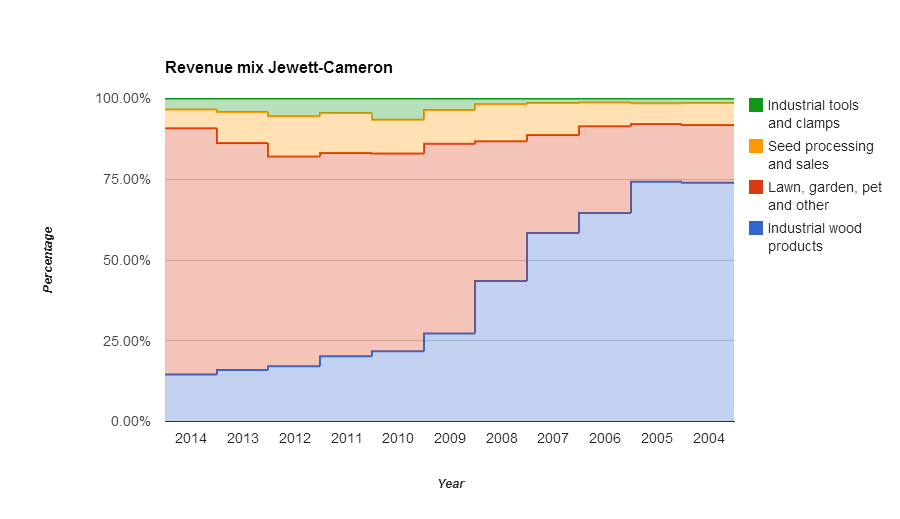 Note that the column labeled 2014 is in reality the TTM and includes one quarter of 2013, but that’s something I’m unable to fix in Google drive. While the lawn, garden and pet segment has grown to be a very large part of Jewett-Cameron’s business the absolute growth of the segment hasn’t been that stellar. Revenue increased from $24.8 million in 2009 to $33.4 million today, representing a 6.5% compounded annual growth rate. If we don’t pick the lows of 2009 as starting point but the previous high of 2008 the compounded annual growth rate drops to 3.2%: not bad, but not great either. 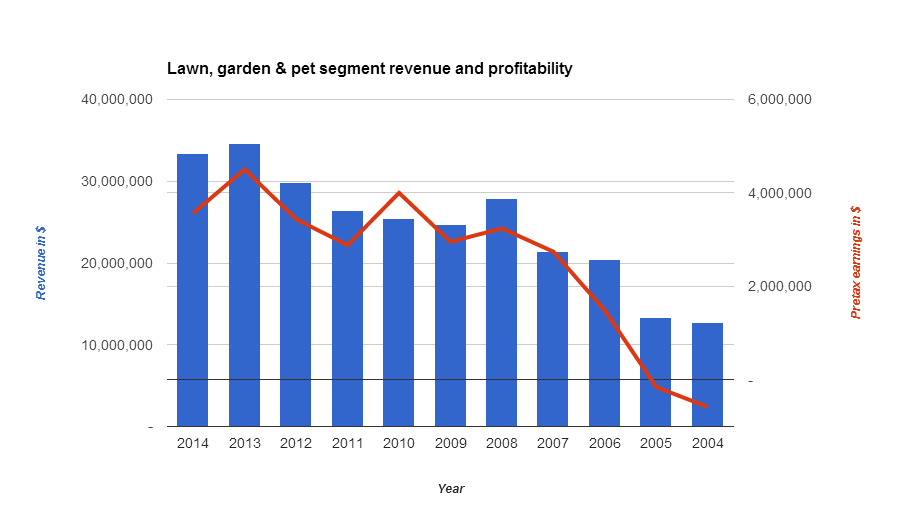 The reported segment earnings before taxes also show few signs of operating leverage. Earnings before taxes grew at a 4.0% rate if we start measuring from 2009 and just 1.7% if we start at 2008. With those kind of growth rates just taking the average operating earnings of the past five years or so seems a pretty reasonable approach to me. You need a little bit of nominal growth to keep-up with inflation anyways.

I do agree that there might be some positive optionality if the industrial wood segment recovers. I don’t want to call this a free option since the segment has shown declining sales for five years in a row and is a bit below break even. They also do have some excess real estate that they will be able to monetize at some point in the future. But don’t think this is enough to revise my previous conclusion that the company is currently fairly valued.

What’s basically the case is that the lawn, garden and pet has been such a big part of Jewett-Cameron’s business for an extended period of time that drilling deeper doesn’t add a whole lot of value. What’s happening in the other segments is almost irrelevant now.

No position in Jewett-Cameron Trading