FFP, the French holding company that owns a large stake in Peugeot, announced their results for 2014 today. Since the portfolio contains mostly publicly traded securities the increase in NAV wasn’t a surprise, but the fact that the company decided to start paying a dividend was:

With the company returning to profit after two years of losses, the Board of Directors has decided to propose a dividend of €2.00 per share to shareholders in the General Meeting, of which €1.20 of ordinary dividend and €0.80 of special dividend.

The €2.00 dividend represent a 3% yield. It’s not a whole lot, but it is nice since it is a tangible way to get fair value out of a vehicle that is trading at a sizable discount. I have updated my spreadsheet based on the 2014 results and the sale of call options on Peugeot earlier this year by the holding company. The discount is now at 44%, just a few percentage points lower than when I initiated my position at the end of 2013: 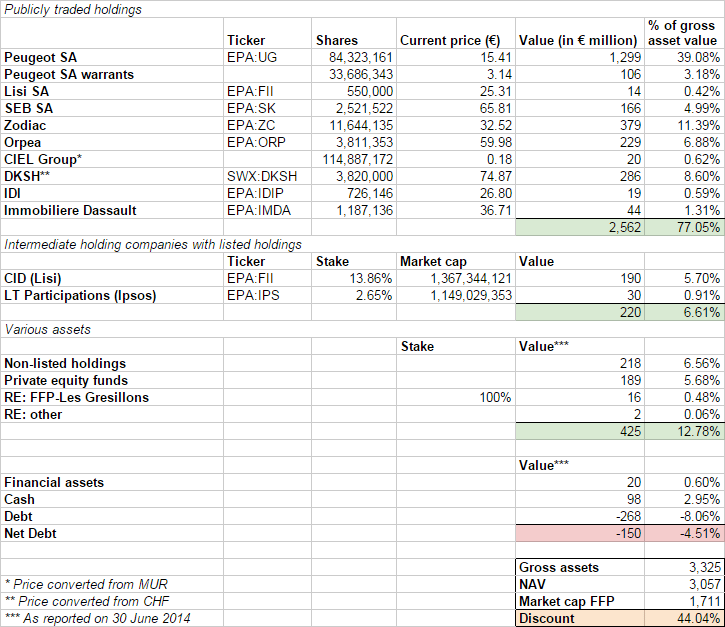