I bought my first UTSI shares in the beginning of 2013 only to exit a year ago when they started to trade higher for no apparent reason. This proved to be a lucky move since the shares are down almost 40% since I sold, and that is after a small recovery the past two months. But the past is the past, what is more interesting, is what is currently happening with the stock.

More than a month ago the largest shareholder of UTStarcom filed with the SEC an amended form 13D in which they disclosed that they would sell their entire stake for $6.081/share to a strategic investor in China. This represented a premium of more than 200% compared to the previous market price. Today a Chinese news article notes that the transaction has closed, and more importantly: that the buyer intends to take the whole company private. The Chinese buyer bought a 31.6% stake for ~$72 million and the news article notes that the buyer expects to spend another $150 million to buy the whole company. This implies that they are going to offer the same $6.081/share deal to remaining shareholders (translation by Google Translate):

Gu Guoping absolute control of UT Starcom also being planned, it is expected to Fiji News about $ 150 million to that end expenditures.

Why the market has barely reacted to these events is mind-boggling. If there is a going private transaction in the near future UTStarcom shareholders stand to make a return of roughly 170%! Like I said, mind-boggling. Sure, we have the usual China risk, but UTStarcom isn’t some shady company with a fraud story. It’s not a great business, but they do have a solid balance sheet with a large amount of cash and tons of tax assets (thanks to a history of losing money…). For a strategic investor, that is active in the same industry, this is certainly a deal that could make sense. And even if no deal materializes the downside is most likely limited given UTStarcom’s cash balance. It could be a bit of a melting ice cube though…

For some more background on the latest developments, I would recommend these two articles by the GeoTeam on Seeking Alpha: 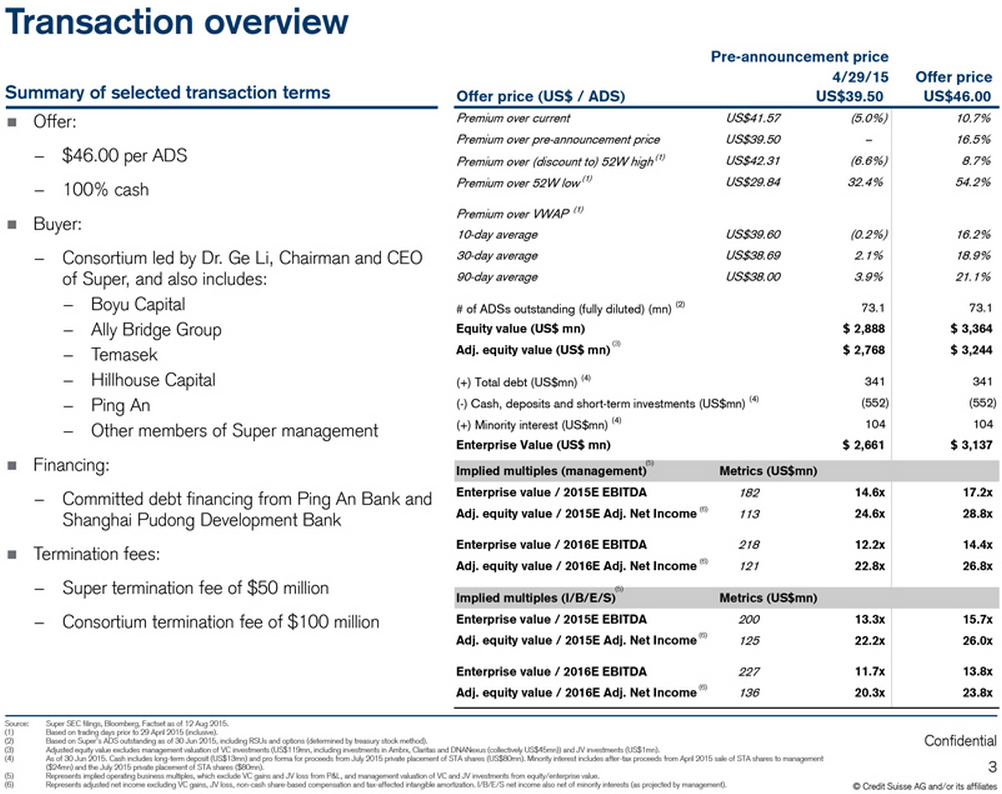 “It’s not supposed to be easy. Anyone who finds it easy is stupid.”
Charlie Munger

I started writing a post about how the recent market volatility provides a good moment to reflect on your skills as an investor, but I realized that the more interesting topic – that is somewhat related – is how easy or hard it is to outperform the market. I think this is really the most important question that every investor faces since the answer has huge implications on what kind of strategy you should follow. While this is a very fundamental question I don’t think there has ever been a good definitive answer. Are markets almost perfectly efficient and is your best bet an index fund? Do you need 150+ IQ points and read 500 pages/day to have a shot at out performance? Can you have an edge with an average or below average intelligence, but with a contrarian mindset and enough time? Can you be successful if you are really smart, but when you lack the “magic” psychological profile?

Usually, this is a question that isn’t even asked when people ask for investment advice. Ask for investment advice on boggleheads.org and everybody is going to advise a portfolio of low-cost index funds. Ask the question somewhere else and they probably recommend their own strategy; which could be buying owner operators, compounders, cheap value stocks, magic formula stocks, swing trading, forex trading, and whatever else exists.

Some of these strategies are probably not a good idea even if you are a genius and have a massive amount of free time (hint: forex trading) while other strategies could be executed by anybody with little effort. But being able to differentiate between a good and a bad strategy is also a skill. Some people might stumble on CoBF.com when they start out as an investor and go for some value strategy while other might stumble on a forex trading site and go that route. If your process for choosing a certain strategy is flawed the possible alpha of that strategy is not really your alpha. And if you are really smart and could generate alpha, but go for a passive indexing approach because that strategy sounded more convincing it’s also proof that investing is hard (unless of course it’s a conscious decision but you, for example, go for indexing because you have a lack of time or interest in investing) .

When I started investing I wasn’t at all convinced about my ability to beat the market, but I knew that there was a large amount of evidence that retail investors underperformed their benchmarks by large amounts by structurally buying high and selling low. I figured if they are able to underperform by such a wide margin I should be able to do well by just trying to do the opposite. That’s easier said than done, but on a day like “black Monday” I thought that the correct course of action was pretty obvious: buy stuff when you see ridiculous trading activity. I bought, for example, some Retail Holdings – because that is a stock that I know – at ~$16 because someone was selling at any price and no-one was buying. In some ETF’s there were even bigger opportunities, but I was too late to that party.

There is actually some research that suggests that intelligent investors are better at buying low and selling high. It doesn’t really sound like a surprising result, but it’s not easy to research since your broker usually doesn’t know your IQ. But in Finland nearly every male of draft age is IQ tested, making an interesting paper possible. Especially this graph that shows when people in the 1995-2002 period were buying tech stocks is pretty neat:

So I think if you are reasonable smart (maybe 120+ IQ?) and have enough time to research strategies and stocks active investment is perhaps worth a shot. I don’t really think that having the right mindset is extremely important because I think that is largely created by having the right knowledge (for example knowing that selling in a panic is almost the worst thing you can do). But I wouldn’t be surprised if many people think differently, and I also wouldn’t be surprised if I’m wrong about this. Anyway, enough rambling. To sum it up; I think that what people should do really depends on their intelligence, education, available time, their personality and probably other factors that I’m missing. There is no strategy that is a good fit for everybody. Indexing isn’t the right strategy for everybody, nor is value investing.

You have to be brutally honest with yourself about what is the right strategy is for you.