I have been busy the past few days writing a total of three articles for Seeking Alpha. Two are about well known names in value circles: FRMO Corp. (FRMO) and Jewett-Cameron Trading Company (JCTCF). FRMO is an interesting business with a stake in Horizon Kinetics, but I think it is way too expensive. Jewett-Cameron’s business is less exciting, but they are interesting because they are super aggressive with repurchasing shares. Unfortunately, I think the stock is roughly fairly valued. It’s not a bad deal, but I’m not expecting great returns either.

The article that I think is the most interesting is the one about the merger of Hopewell Valley (HWDY) with Northfield Bancorp (NFBK). I think it’s a very low-risk deal that should be completed soon that offers an attractive spread. These are the kind of small opportunities that can make a difference at the end of the year.

I usually don’t mention it on my blog when I write something for Seeking Alpha, so if you don’t want to miss anything I suggest you follow me on their site. Alternatively, you can also follow me on Twitter, because I do usually tweet a link.

Today I rebought a position in Clarke Inc. I exited last year when the discount (adjusted for the unrecognized pension asset) was just 14% but since that is now back to 26% I’m also back in the stock. Perhaps the market has some uncertainties about the energy securities portfolio that Clarke owns, but I don’t think that is a good reason for such a big change in the discount since that part of the portfolio is worth just ~10% of the company. What’s also interesting is that Clarke is back repurchasing shares, but they are doing it a bit stealthy. The pension fund acquired 595,900 shares in 2015 which is 3.8% of all outstanding shares. Especially in November and December the fund appeared to have been active in buying stock according to Sedi.ca. 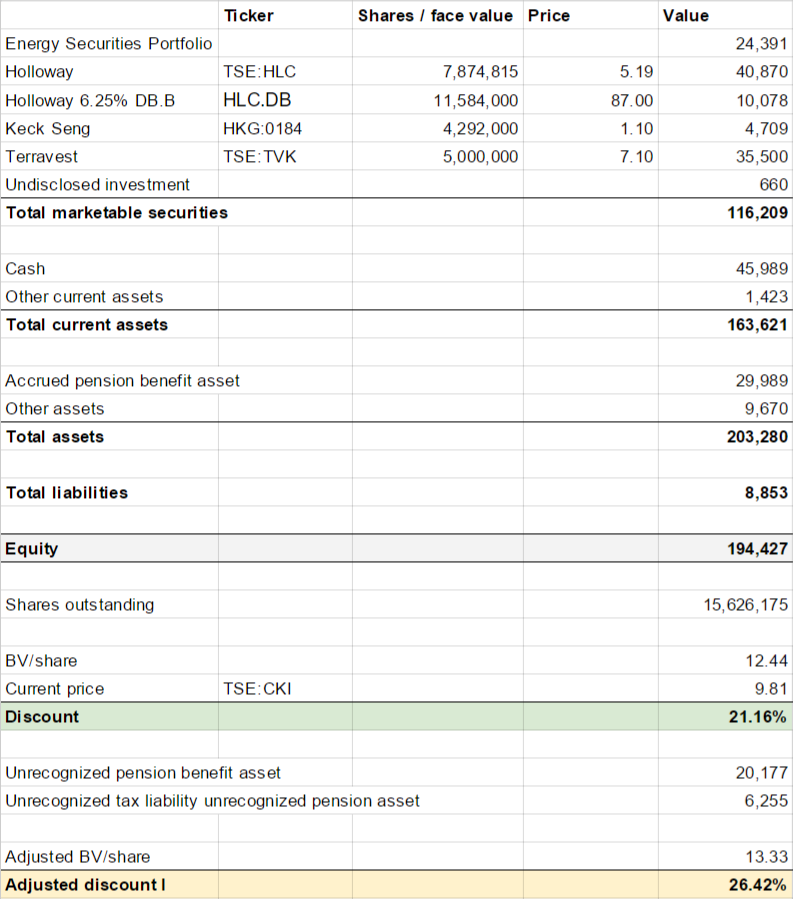 The Economist has a sad piece about the world’s vulture population. In Africa, there are 11 species of the bird and 6 of those are at risk of extinction and 4 are critically endangered. In the rest of the world, the situation is apparently not a lot better. A big reason for this is the use of diclofenac, a drug given to livestock that is deadly to vultures when they eat the carcass of an animal that has been treated with it. The article doesn’t specify if Alpha Vultures are also at risk. 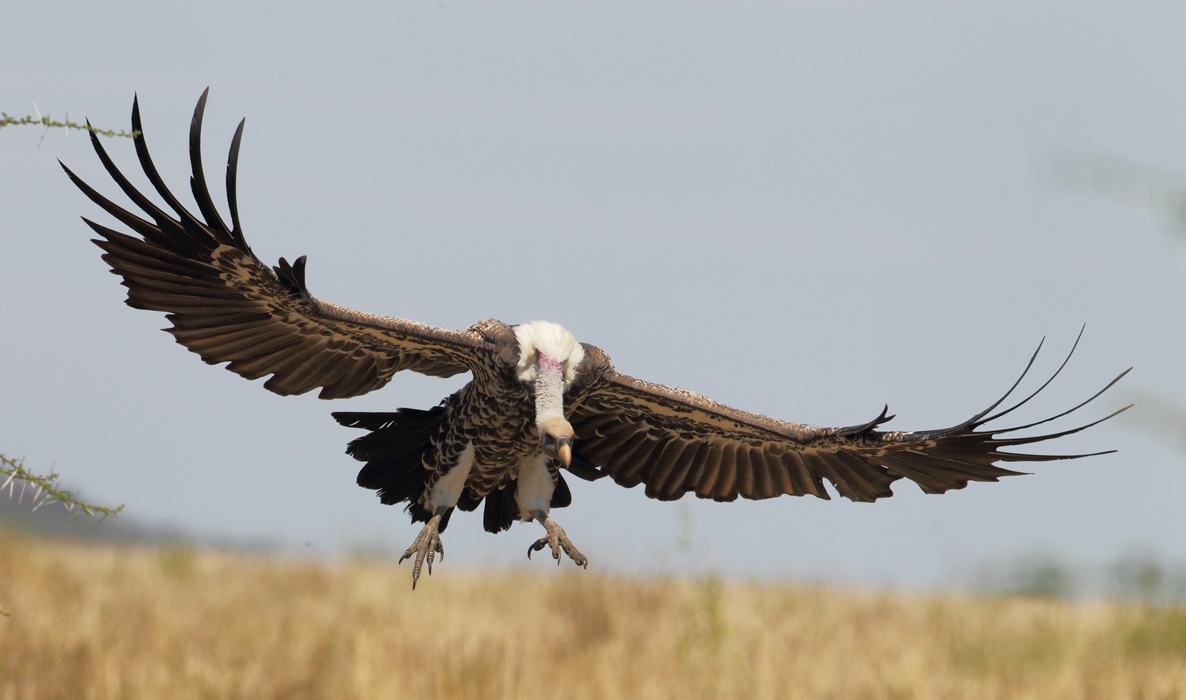 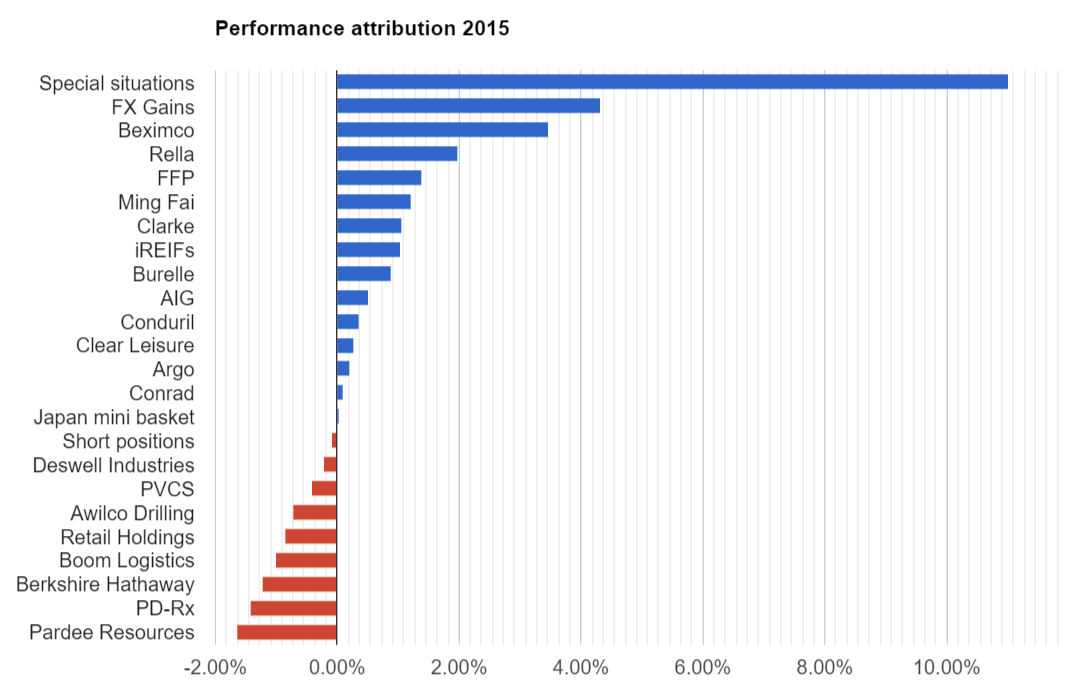 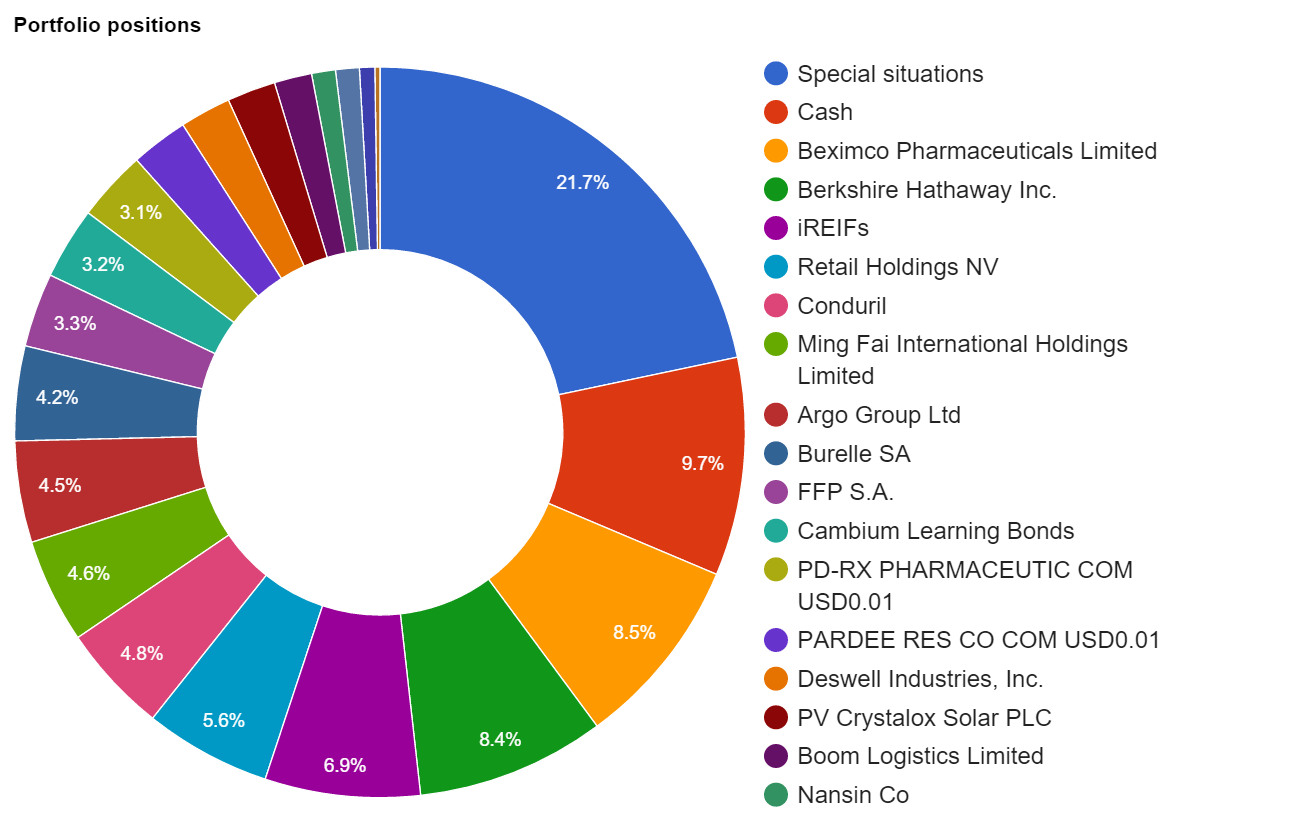