CTC Media (NASDAQ: CTCM) was, until recently, the owner of four television channels in Russia. Because of a new “Mass Media Law” in Russia the US-based company was forced to basically sell its whole business because the law limits foreign ownership of television broadcasters in Russia. The operating business in Russia was sold successfully before the end of the year, and the final tranche of the purchase price was received earlier this month.

Because the purchase price was subject to adjustments based on the operating performance and other factors the company could at the time of the transaction only provide that the estimated payout would be between $1.77 and $2.19/share. With all the money now received, there is more clarity on the final amount, and the company now estimates that it will be “at the lower end of the upper half of the range approved by stockholders of $1.77 to $2.19 per share”. I think this should mean that shareholders will most likely receive at least $1.98/share and probably a little bit more. With the stock currently trading at $1.85, that means a possible return of >7.0%, a lot of money for a merger arbitrage deal that sounds like almost completed.

The reason for the fact that there is still a big spread is because the company is waiting for a license from the Office of Foreign Assets Control of the US Treasury Department. They need this because a 25% owner, Telcrest, who in turn is owned by Bank Rossiya, is subject to US sanctions. Because of that, the deal was structured in such a way that this shareholder will not be cashed out and remains a part-owner of the TV stations. The market obviously doesn’t like this, but I don’t really see a reason why getting a license from the US government for the completion of this deal would prove to be problematic. Stopping this deal would punish everybody expect the blocked shareholder, and he doesn’t get anything when the deal is approved. His stake will remain blocked. Punishing innocent (US) shareholders can’t be the purpose of the sanction, but I guess you never know…

What I do think is that you are getting paid more than enough to take this risk. 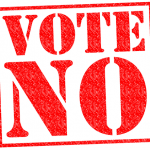