Retail Holdings announced today that they have sold 61.7% of their stake in Singer Sri Lanka for a total consideration of $69.0 million. Because the stock was owned through Sewko Holdings in which the company has a 54.1% stake the consideration attributable to Retail Holdings shareholders will be $37.3 million. This is pretty significant news since Singer Sri Lanka was one of the last remaining big position besides Singer Bangladesh. According to the press release Retail Holdings hasn’t yet determined what the cash will be used for, but based on their history of paying out (large) dividends another one of those is a safe bet. With 4.65 million shares outstanding the $37.3 million payment would enable a dividend of a little more than $8/share, in addition to the $1 dividend that already has been announced for November.

For some reason the company didn’t sell their whole stake in Singer Sri Lanka, but they are keeping a 9.5% stake with the option to sell it to the acquiring party within 12 to 15 months. I have no idea why they have structured the transaction in such a way, but my guess is that it has to do with taxes or other rules that make disposing of the whole stake in one go less attractive. Following the transaction the acquiring party is obligated to launch a tender offer for all shares so presumably they want to acquire everything, while Retail Holdings wants to exit. No reason to think that the remaining position won’t be sold in the time frame of the option.

While Retail Holdings is up a bit based on this news I think the stock is still cheap. It is currently trading at a discount of 25% to underlying asset value, which is not that huge, but if you take into account that shareholders will most likely receive $9/share in dividends the discount on the remaining holdings rises to 37%. 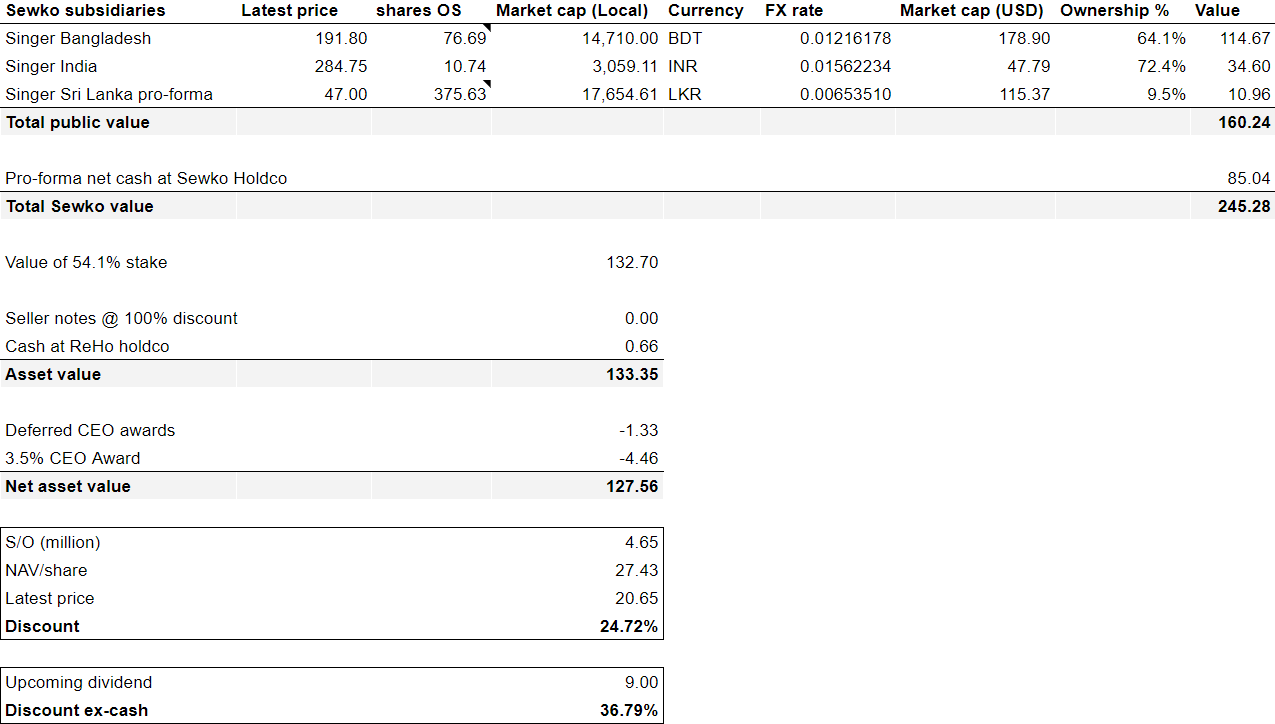