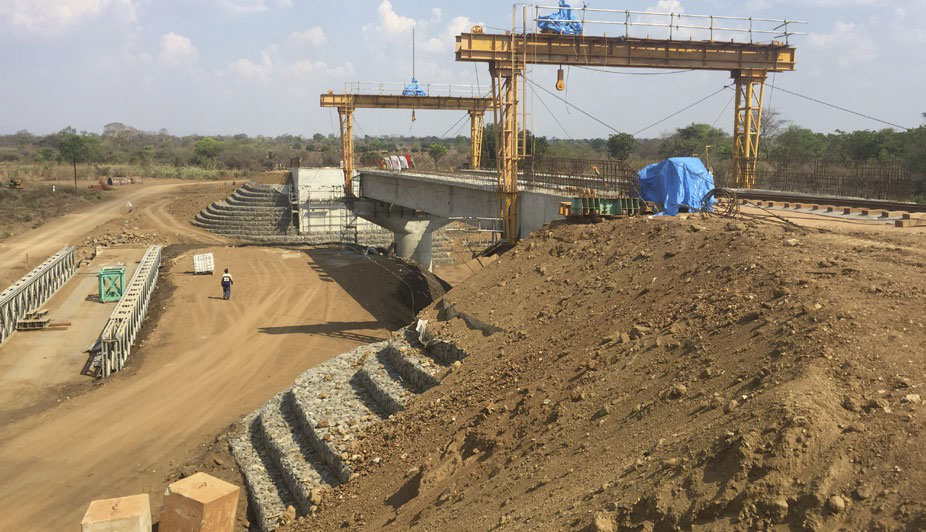 Yesterday Willbros Group (OTC:WGRP) announced that it is being acquired by Primoris Services (NASDAQ:PRIM) in an all-cash deal for $0.60/share. With the stock currently trading at $0.55 a juicy spread of 9.1% remains. The biggest reason for the spread is presumably the fact that Willbros Group was on the verge of a bankruptcy before the merger was announced, and if the deal fails the downside is possibly close to 100%. If you look at the stock price of the company you can see it has been a train wreck the last half year. Willbros Group was trading above $3/share in November 2017 before dropping to $0.15/share earlier this week. A non-fundamental reason that might be a contributing factor to the spread is the fact that the stock was delisted from the NYSE this week as well and resumed trading on the pink sheets.

So it’s a situation with a bit of hair, but I also think that this is a deal that is almost certain to be completed, and because of that it’s still a bet with an attractive risk/reward ratio. I don’t think there are any meaningful regulatory hurdles to complete this deal, Primoris can finance the deal using cash on hand and existing credit facilities and “certain Willbros directors and shareholders”, representing ~17% of the outstanding shares, have agreed to vote in favor of the transaction. Given the fact that the $0.60/share offer represents an almost 300% premium to the last traded price I think getting enough other shareholders on board shouldn’t be a problem. So unless there is some skeleton still hiding in a closet somewhere there is little that could derail this deal, and it is expected to close soon: the second quarter of 2018.

Possible one of the least original value idea’s of 2017 must have been New York REIT (NYSE:NYRT). I always feel uneasy when so many people like something, but I could understand the attraction here. The story previous year was simple. The stock was trading around $10/share, a new manager had taken over with the mandate to liquidate the REIT while NAV/share was above $12 and incentive payments were struck at $11/share. Unfortunately, realizing those numbers proved a bit harder than expected and (adjusted for $5.07 in liquidation distributions already paid) NAV/share is now standing at just $8.03/share. No wonder that people so far have been disappointed with how the story is playing out. But with only a few assets remaining, and not much uncertainty with regards to the value of the remaining assets, I think the stock is currently trading at an attractive discount.

Reading the latest 10-K you have to do a couple of adjustments to figure out how the current balance sheet looks like. A bunch of buildings have already been sold this year, and some others are under contract to be sold. The only things remaining are the Viceroy Hotel, the 33 West 56th Street Garage and the Worldwide Plaza (WWP) building. Adjusting for the dividend paid after year-end and all the sales already done or in progress the pro-forma balance sheet looks as follows:

It’s important to recognize that New York REIT uses liquidation accounting for the balance sheet, and as such it does recognize expected fees related to selling the building(s) and also expected revenues and expenses till the date of liquidation. For accounting purposes this date has been set at December 31, 2018. Even though this balance sheet is very simple, all the different parts that are important are visible:

The only part of the portfolio that really matters is the WWP building. The REIT owns a 50.1% stake that is valued at $1.725 billion and has a $1.2 billion mortgage. Because New York REIT sold the other half last year to SL Green and RXR Realty we can be quite confident about the valuation. Nothing beats an actual transaction price, and last year two knowledgeable third parties were happy to pay $1.725 billion for it. In the SL Green “2017 Annual Institutional Investor Conference” presentation we can find a couple of slides about their purchase, and they think they got a good deal: 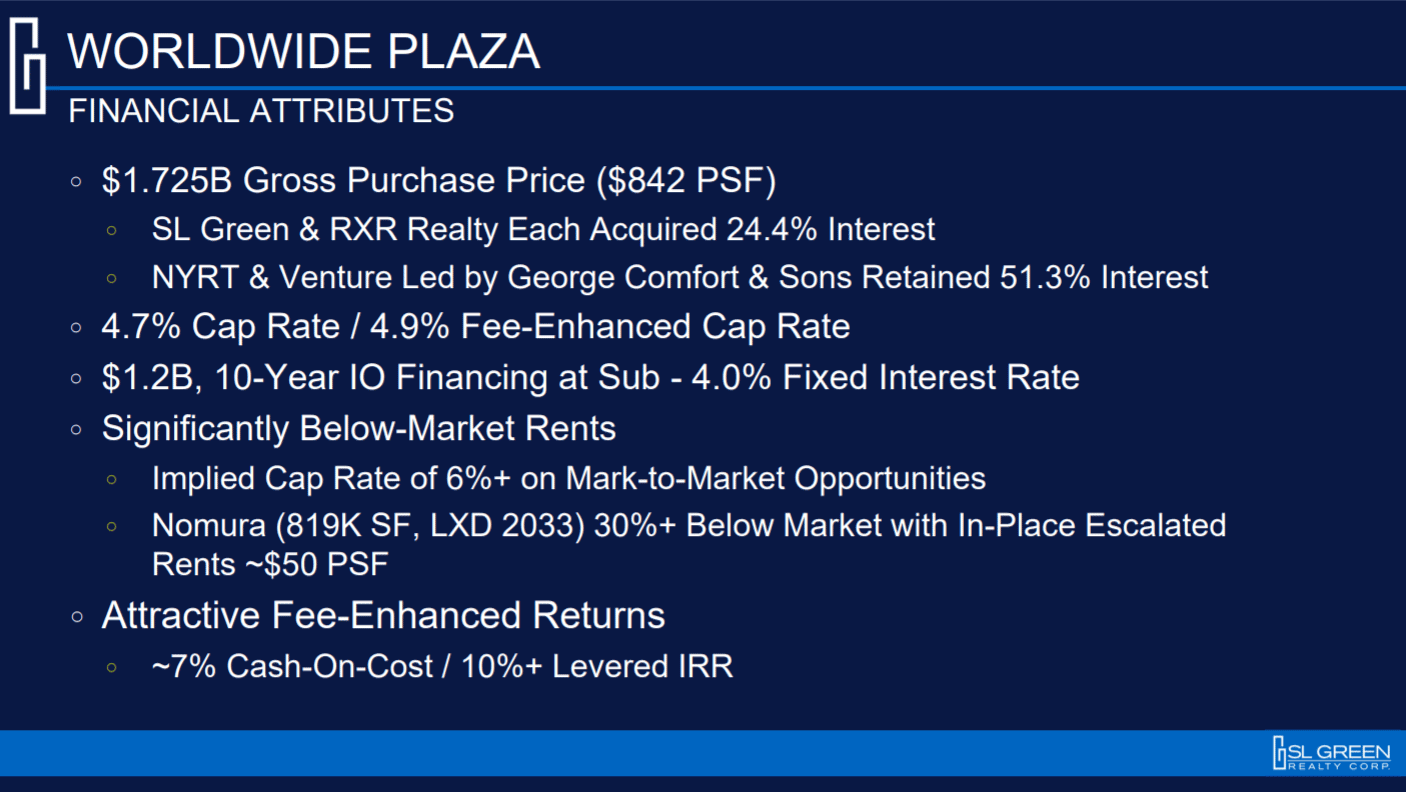 To improve and maintain the asset the coming years New York REIT has set aside $90.7 million. They believe that implementing the new business plan will take between two and four years, and if successful, would result in an increase of the property value between $1.9 billion and $2.2 billion (the low-end of that range doesn’t sound so crazy since it’s not much more than the current price plus the cash value of the planned improvements). In addition to the increase in value, the longer holding period would also generate more cashflows since the liquidation balance sheet assumes a sale at the end of this year. This adds approximately $0.10/share in value/year, which is not so bad considering that we are buying the WWP for roughly $1.37/share (the current price of $2.32 minus an estimated liquidation distribution of $0.95/share at the end of this year when all other assets are sold). From the 10-K (emphasis mine):

Management believes that the combined team of SL Green and RXR Realty will add the necessary talent, expertise and capital, along with the capital contributed by us, to bring this Class A asset with its blue chip tenant roster to its full potential. Management believes that implementation of the business plan for Worldwide Plaza will take at least two years and may take up to four years given the size of the building, which is a little over 2 million square feet, the scope and nature of the capital investment and to allow time for the critical milestones in leasing and asset repositioning to take place.

Management believes that if these actions are successful, the estimated value of the property could increase to between $1.9 billion and $2.2 billion, on an undiscounted basis, by November 2021, our estimated sale date of this investment. Assuming additional investment in Worldwide Plaza of $64.0 million, plus a corresponding investment from our joint venture partners, a future value for Worldwide Plaza between $2.0 billion and $2.2 billion would produce a residual value between $2.19 and $2.77 per share, an increase of $0.32 to $0.90 per share over our current carrying value. In addition, we have contractual rents which generate a predictable cash flow from Worldwide Plaza during the estimated four-year hold period which, net of expenses, we estimate would produce an additional $0.43 per share over the four year hold period versus the $0.13 currently accrued.

I can wait a couple of years for a discount to close when getting paid 7%+ in the mean time. If we throw some of these numbers in an IRR calculation we get some pretty decent results. Note that the 1.725B valuation should perhaps have been labeled 1.85B since it’s based on the current valuation, but it assumes that the planned $128 million in capital improvements isn’t money flushed down the toilet. The 2.0B and 2.2B valuations are inclusive of the improvements.

Of course, between now and 2021 a lot can happen. Given that the LTV-ratio on the WWP building is ~70% a relative small change in valuation can have a relative large impact on the eventual financial result. You can still have a decent single digit IRR if the WWP building declines by ~10% in value, but around ~15% you are already around break even and above that you are quickly going into negative territory.

New York REIT isn’t the kind of investment that will make you rich, nor is it the kind of investment that doesn’t have downside. It’s not going to be a ten-bagger, and if New York real-estate for one reason or another doesn’t do well the next couple of years this investment will not work out. That’s okay with me. I know Warren Buffet has famously said: “Rule No. 1: Never lose money. Rule No. 2: Never forget rule No. 1.”, but that has always been something I deeply disagree with. The possibility of losing money is part of investing and if you think you have found something with almost no downside you are probably just fooling yourself. What’s more important is that you bet when to odds are in your favor, and that you size your bet appropriately compared to the amount of risk that you’re taking. But perhaps that idea is harder to turn into a catchy folksy wisdom phrase…

But to circle back on topic: I think the New York REIT offers an attractive risk/reward profile. While the investment is sensitive to the value of the WWP building in four years time, it’s not what I would call a high-risk bet. Perhaps I should have saved my rant in the previous alinea for something that could actually be a zero ;). Between the cash already on the balance sheet, the buildings that soon will be sold and the rent income that will be generated I expect to at least get a fair amount of my invested capital back, and hopefully more than that…

Assuming that the building in four years time will be worth just as much as today (plus the value of the capital improvements) is in my mind a reasonable conservative base case scenario. Getting paid a double digit rate on return  sounds pretty good to me,  and if they would be able to execute on their plan to increase the value of the property, that would just be the icing on the cake. It’s going to take 4 years before the rest of the story plays out, and not everybody might have the patience for that, but that might exactly be why there might be an opportunity. 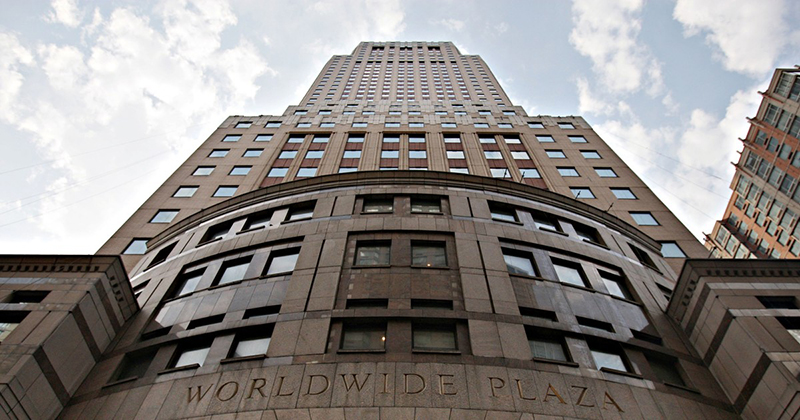