I closed my position in SGF today for a loss of 1.74 percent. While the main part of the thesis proved to be correct, the acceptance rate was 51.3% instead of the 25% worst case scenario, the discount to NAV of the fund increased from ~5% to ~10% after the completion of the tender offer (it was ~6% before the offer was announced). I think this was a bit of negative variance, although other explanations are also possible such as the market already anticipating the tender offer or front running by insiders.

From a big picture perspective I actually think it’s not unreasonable to assume that the discount to NAV should be smaller on average after a tender offer, since it is reducing the available supply of the fund while it should not reduce demand (I would actually see it as positive for existing or potential new holders). At the same time there are shorter term dynamics caused by people such as me that buy before the tender, and sell after. 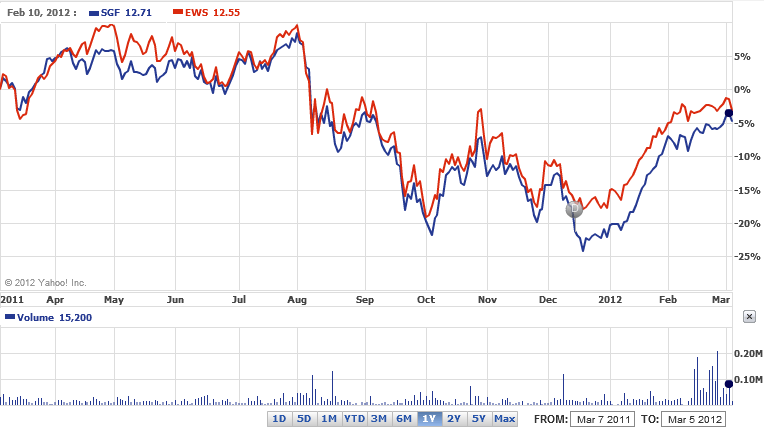 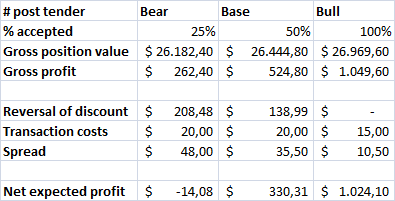